The Chanticleer Players The Mystery of the Wee Pirate's Curse

It is 1952 and the spiffing summer hols are here at last, what larks indeed! Young Lady Iris Bungle finds herself in bonnie Scotland assisting her theatrical, spunky cousin Lord Dicky Hardwick as he prepares for his debut as Hamlet in Hamlet the Musical. However all is not as it seems when Iris stumbles upon a rather swashbuckling adventure, lost treasure, vengeful ghosts and a jolly mystery to boot! With lashings and lashings of ginger beer, join Iris and she endeavours to solve The Mystery of the Wee Pirate’s Curse! 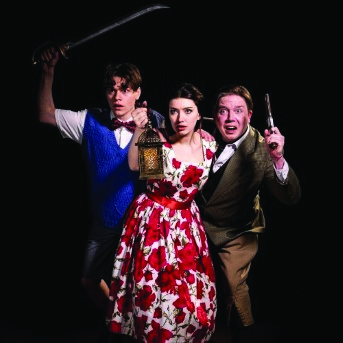