Tam O' Shanter, Tales & Whisky is a comic celebration of the gothic poems of Robert Burns. Stolen Elephant Theatre will be performing Tam O’ Shanter, Death and Dr Hornbook, and Address to the Deil. Expect to encounter Witches, Death and the Deil himself! We’ll also be telling comic versions of Scottish folk tales The Witch of Fife and The Haunted Ships. All accompanied by a supernatural soundscape. Expect to laugh, hoot and for shivers to go a-running down your spine! Scotland’s National Bard, Scottish folk tales and a free dram of whisky! 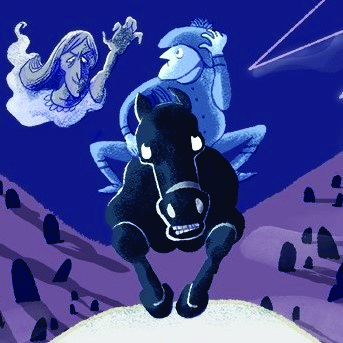