William 'Cavaliero' Kempe was one of the finest performers of the Elizabethan age... until he fell out with Will 'Git-Face' Shakespeare. Kempe died alone and poverty stricken, not very far from the original Globe Theatre: a world away from his former life having supposedly originated some of literature's best-known characters, including Bottom, Dogberry and Falstaff. Join Will 'Cavaliero' Kempe as he gives his final performance to an audience of a mouse and a marrote, and tells us what really happened between him and William Shakespeare. A bittersweet tale, told by an idiot. 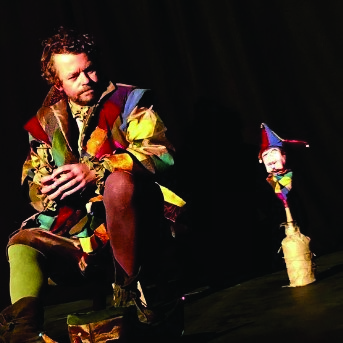