Hans the Storyteller, Reynard the Fox, and Gripp the Raven give a hilarious new telling of the classic fairy tale, The Pied Piper of Hamelin. When the Town of Hamelin is swarmed with rats their only hope lies in a stranger playing magical music. There will be lots of jokes, ridiculous rhymes, mischief and nonsense. Fox Tales is a weird, wacky and silly treat for children. The show is suitable for those aged 5 to 105. A lovely, hilarious, animated and engrossing family puppet show. 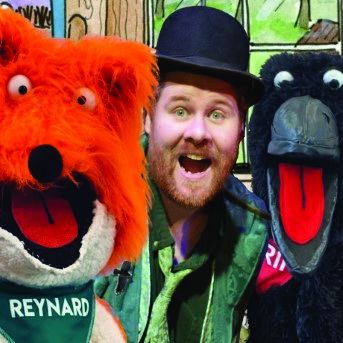