In Cherub Spring: A Political Satire, turmoil unfolds at a nursery school when the children get tired of Claire choosing all the games they play on the playground and a rebellion breaks out. But Claire doesn’t give up without a fight and political conflict (rife with fear-mongering, back-room dealings and shameless campaigning) unfolds amongst the five-year-olds. This play combines irreverent comedy, political satire, genre parody, some music and a bunch of shenanigans in a 50-minute runtime. 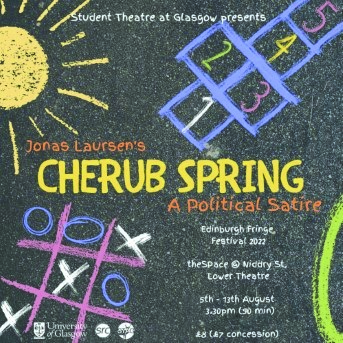