BCP return to the Fringe with Mike Leigh's classic after two sell-out years with Alan Bennett and Alan Ayckbourn. Forty-five years on from its first performance at the Hampstead Theatre and its original screening on BBC One soon after, Abigail's Party – telling of two marriages spectacularly unravelling at an awkward neighbourhood drinks party – remains a pinnacle of British theatre. Angela: 'Oh it's funny. We were all getting married about the same time as you were... getting divorced!' 'Leigh's play isn't simply about marriage and Essex, but also about the unhappy state of the realm' (Guardian). 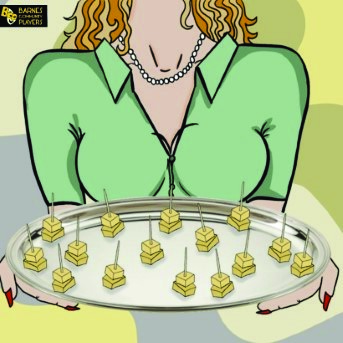