Radio 69 is an irreverent queer British comedy set in a radio station in the Scottish borders. It follows the normally mundane lives of the people who work there on an adventure that involves irony, betrayal, and Nicola Sturgeon's red blazer as everything falls apart around them in a race against time to stop the station from closing forever after the incident. The problem? No one can seem to remember what the incident actually was. Between the meta moments, on-the-nose jokes, and more subtle humour, there is something to make everyone smile in this brand-new comedy. 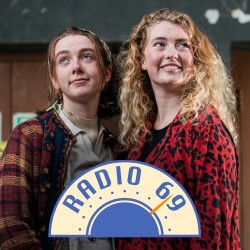