London, 1940. Terror reigns in Europe. But Count Horoch Zadelksi, a key figure of the Polish underground’s free press, makes a daring escape from Warsaw to become ambassador on behalf of his government-in-exile to Canada. By pure coincidence, a dashing war correspondent recently returned from France stumbles into the Gestapo’s attempts to assassinate Zadelksi and finds himself thrust into wartime espionage with an unlikely companion. Will Doktor von Falkenheim of the Gestapo strike a devastating blow to the Allies? Embassy Stomp is a thrilling new comedy written by alumni of multiple Fringe award-winning comedy groups. 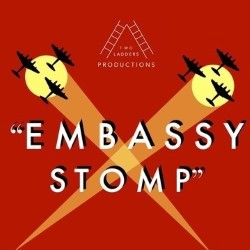