Breathe Out Theatre Sylvia vs the Fascists

1930s England. As the British government strikes bargains with Hitler and Mussolini, the nation’s own fascists are on the march. But one person is ready to stop them. Sylvia Pankhurst. Feminist. Activist. Champion of Justice. Sylvia vs the Fascists tells the story of Sylvia Pankhurst, who stood up against a British establishment so afraid of revolution that it appeased the fascists on its own doorstep. A surreal, unconventional and comic retelling of a tumultuous period in our recent history. The story of one woman's fight back that's as relevant today as it was then. 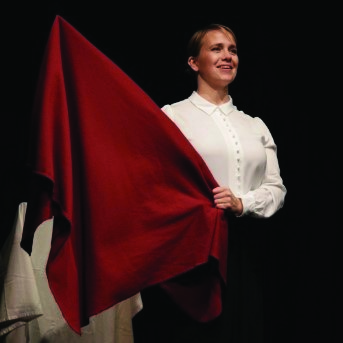